How to choose a blockchain platform for your business? 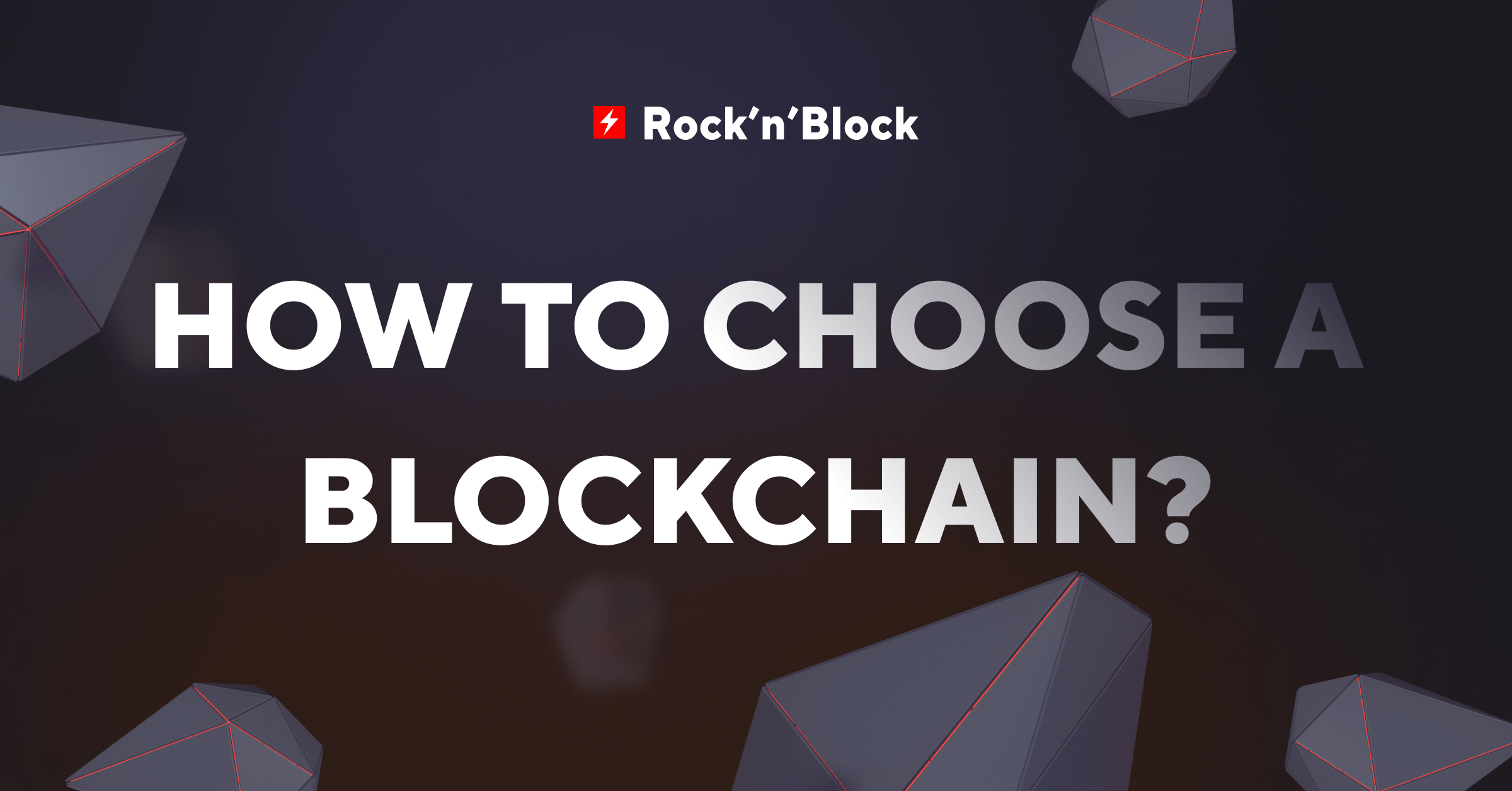 Depending on what information the project will handle and who will have access to it, the type of blockchain will be chosen: private or public.

If the project plans to use information that will be in the public domain, public blockchain can be used. If it is business information, and the board wants to keep the company’s suppliers and transaction amounts secret, it is better to use a private blockchain.

An alternative to public blockchains is blockchains run in-house. To launch, in addition to your blockchain code, you need to prepare or make a fork: web services to view the blockchain (like Etherscan), client software (wallets), various tools and interfaces, and documentation.

The next step is to launch a test network, fix the bugs, update the code, and launch the main network. Since the development is public, the code will have to be written with high quality and audited by independent teams. Therefore, if you decide to start your blockchain, you need to be sober about what you can do. The Rock’n’Block development team can build your blockchain from scratch on demand.

When choosing the best platform, it is important to understand that different blockchains have different objectives: some are focused on creating cryptocurrencies for instant payments, others can be used to implement smart contract algorithms, and still, others are suitable for issuing infrastructure tokens. But there is no single recipe for solving one or another problem.

Existing solutions on the market

First, let’s look at a couple of the most robust solutions already working in public networks and having open-source code.

Ethereum is the most established and versatile solution, which has been working successfully for many years and is responsible for large amounts of cryptocurrency. Ethereum has the most developed ecosystem, convenient languages for writing smart contracts, many tools, and ready-made algorithms.

Ethereum blockchain currently offers the most advanced smart contracts. It is one of the popular platforms with extensive documentation, thanks to which it is also possible to create a private distributed registry. In the future, the network plans to use the Proof-of-Stake consensus algorithm, but for now, transactions are confirmed via Proof-of-Work.

Binance Smart Chain provides a block time of approximately 5 seconds using the Proof-of-Stake consensus algorithm. Specifically, the network uses the Proof of Staked Authority (or PoSA) algorithm, where participants stack BNB to become validators. If they offer a valid block, they get a commission for transactions within it. A full working environment for implementing decentralized applications is available on BSC, and block creation time is about 3 seconds.

At the same time, BSC is too centralized, which does not suit many users and developers (unlike Ethereum). When Ethereum 2.0 launches, the Binance blockchain may lose its position.

The Huobi ECO Chain (or simply HECO) is a blockchain designed to make fast transactions (Minimum transaction speed of 3 seconds) while spending minimal fees. HECO is called the Chinese Ethereum. It is designed to form a smart economy and combines the concept of digital identity and a digital asset.

HECO Chain is a decentralized, high-efficiency, and energy-saving public chain. It is also the first product launched on the Huobi Open Platform. It supports high-performance transactions and realizes the compatibility of smart contracts. The native digital asset of the Huobi Eco chain is HT, which uses the HPOS consensus mechanism.

In order to have a better understanding of how it works, we recommend you to read our example of a developed project on the HECO blockchain here.

EOS is a fast public blockchain, the most evolved of the Delegated Proof-of-Stake consensus type. EOS allows to write smart contract systems of any complexity, has a convenient system of accounts, and voting, for validators.

Public EOS is also called the Chinese Ethereum because the main users and validators of this network are in China. EOS has exchanges, various decentralized financial and gambling applications, and games.

You can also use new blockchains for a project, which often have only a test network. New projects are a risky route, as there is a very high probability of serious problems in both the software and business parts.

Nevertheless, new solutions often solve important blockchain problems (Near Protocol, NuCypher, Coda). If the project is relevant to your business logic — it may make sense to rely on its team and code. As a developer, Rock’n’Block takes on any blockchain implementation

In this connection, it is by no means a complete list of other blockchain solutions:

So what to choose

If the concept of a crypto project includes the creation of a full-fledged ecosystem with an internal economy, it is necessary to develop your independent blockchain. In other cases, it is better to choose a ready-made platform.

In general, the choice depends on the task at hand and the terms of reference. Only based on these inputs will the team’s experts help determine the appropriate framework and way to implement the idea.

When the moment comes, you only need to choose a blockchain platform. The Rock’n’Block development team will implement a further product plan.

Token creation on a blockchain. Cryptocurrency vs. Token

Many blockchain adoptions have a token creation. Many enterprises integrating tokens on their blockchain for many different purposes. Here we tell how they do that

What is the better alternative for an anonymized crypto exchange? What are the advantages and inherences of DEXs? Here we are finding out the two different ways to exchange digital assets

LessPad: How to run your launchpad and get new projects

Rock’n’Block development team has added to its expert portfolio plus one case in demand in the new technology market. DeFi less network! Read about how we did that

How To Find And Hire BLOCKCHAIN DEVELOPERS

We are going to figure out what you need to pay attention to when choosing a contractor, find the pros and cons of freelancers, as well as the advantages of professional companies

Why does your coin need a Сross-Сhain?

Each blockchain has its features, advantages, and useful options. But they also have some disadvantages. Participants can't change the rules, use tools from different blockchains, and interact in the way they would be comfortable with a cross-chain bridge